Home » Office of Vice President for Student Affairs » About the VP 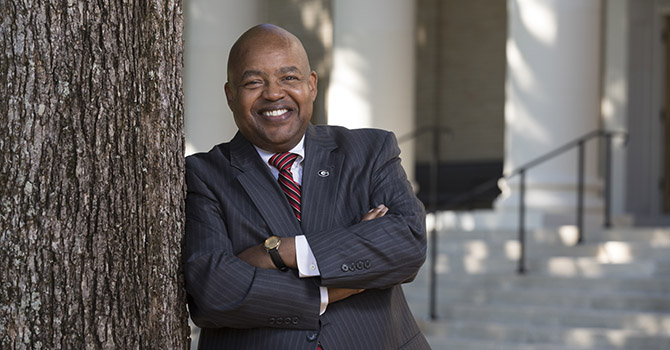 Victor K. Wilson is vice president for student affairs at the University of Georgia. A strong advocate for students and student development, particularly the inclusion and success of students from historically underrepresented groups, Mr. Wilson has nearly four decades of experience in higher education administration and student affairs.

From 2004 to 2013, he served as executive vice president for student affairs at the College of Charleston, where he established a new student leadership center, improved health, safety, and residential facilities and services, and successfully advocated for enhanced diversity education.

Wilson has authored numerous scholarly articles and given presentations on issues of race, ethics, crisis management, and staff development in higher education. Notable presentations include: Imperatives for Further Learning: Discussions Between White and Black Men; Right or Wrong: The Power of Positive Ethics; and The Ever Changing Face of the African-American Male. His publications include: A Lesson in Black and White: Top Ten Tips for Black Students at Predominately White Institutions; Incorporating Crisis Planning and Management Into Orientation Programs; Staff Development; and Fostering Interracial Friendships on Campus: Taking it Up a Level.

Wilson has held leadership roles in several national organizations, including the National Orientation Directors Association (NODA) and the American College Personnel Association (ACPA). He has served as a faculty member for the NODA Orientation Professionals Institute, as well as for the Southern Association for College Student Affairs (SACSA) / National Association of Student Personnel Administrators (NASPA) Region III New Professionals Institute. Wilson also serves on the National Board of Directors for Sigma Phi Epsilon Fraternity and on the Boards of Directors for the St. Mary’s Health Care System, Athens Academy, and the Red Cross of Northeast Georgia.

As vice president for student affairs at UGA, Wilson serves as the chief student affairs officer, overseeing a Student Affairs division of 16 departments and nearly 600 staff members dedicated to enrich student learning and support student development and growth. He serves on the President’s Cabinet, the Provost Advisory Council, the Senior Advisory Group, and is a member of the University Council.

Wilson’s service and leadership activities in the community have been recognized with multiple honors, including the President’s Award for Outstanding Service and Contributions to the National Orientation Directors Association, the Outstanding Master’s Graduate Award from UGA’s Student Affairs Administration Program, and the Blue Key Honor Society Service Award.

Wilson is a trained vocalist and enjoys music of all types. He also enjoys college football, reading, and has a keen interest in U.S. presidential history.

Wilson holds a bachelor’s degree in Social Work and master’s degree in Education, both from the University of Georgia. 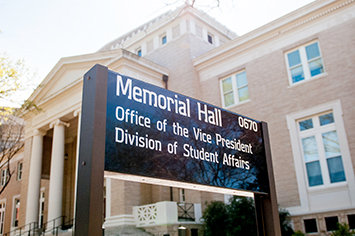